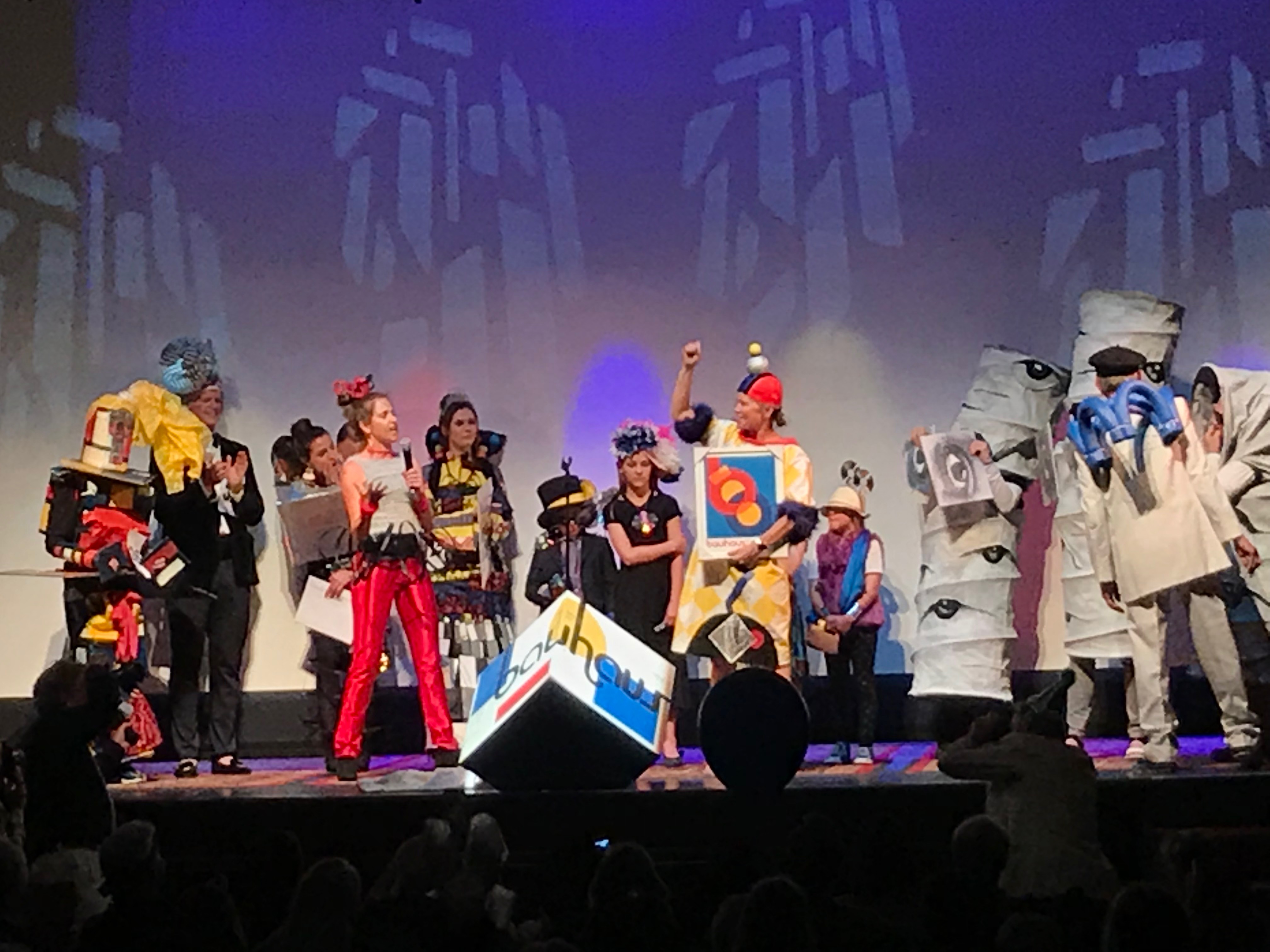 The Bauhaus Ball: Why Aspen Loves a Costume Party

“Tell me how you party and I’ll tell you who you are,” the Bauhaus’ default costume-master Oskar Schlemmer once quipped. His fantastical ballet costumes were the inspiration for the Bauhaus Ball, which was held at the Wheeler Opera House to toast the Bauhaus Centennial and Aspen’s significant Bauhaus legacy.

And sure, it’s all history now, architectural footnotes and erudite asides, “Did you know Herbert Bayer built this after Kadinsky,” and so forth. But the Ball, and the hundreds of fantastical costumes that were donned proved something. It proved that Bauhaus, specifically Aspen Bauhaus, has a half-life. It is in the water, in the air, baked into the landscape, coded in the town DNA.

You see, there was an irreverence and counter-cultural imperative that went along with formal training at the German art school. They took their work very seriously, and they took their play seriously as well. Held to foster relationships between masters and students, parties also provided a creative outlet while upholding an unofficial Bauhaus idiom: “Play becomes party – party becomes work – work becomes play”. Sort of the original, “work hard, play-hard” but less douchy.

The Bauhaus was, and Aspen is, a world apart, an escape, a dreamscape, a fantasy. So it’s no wonder everyone feels so comfortable in costume.