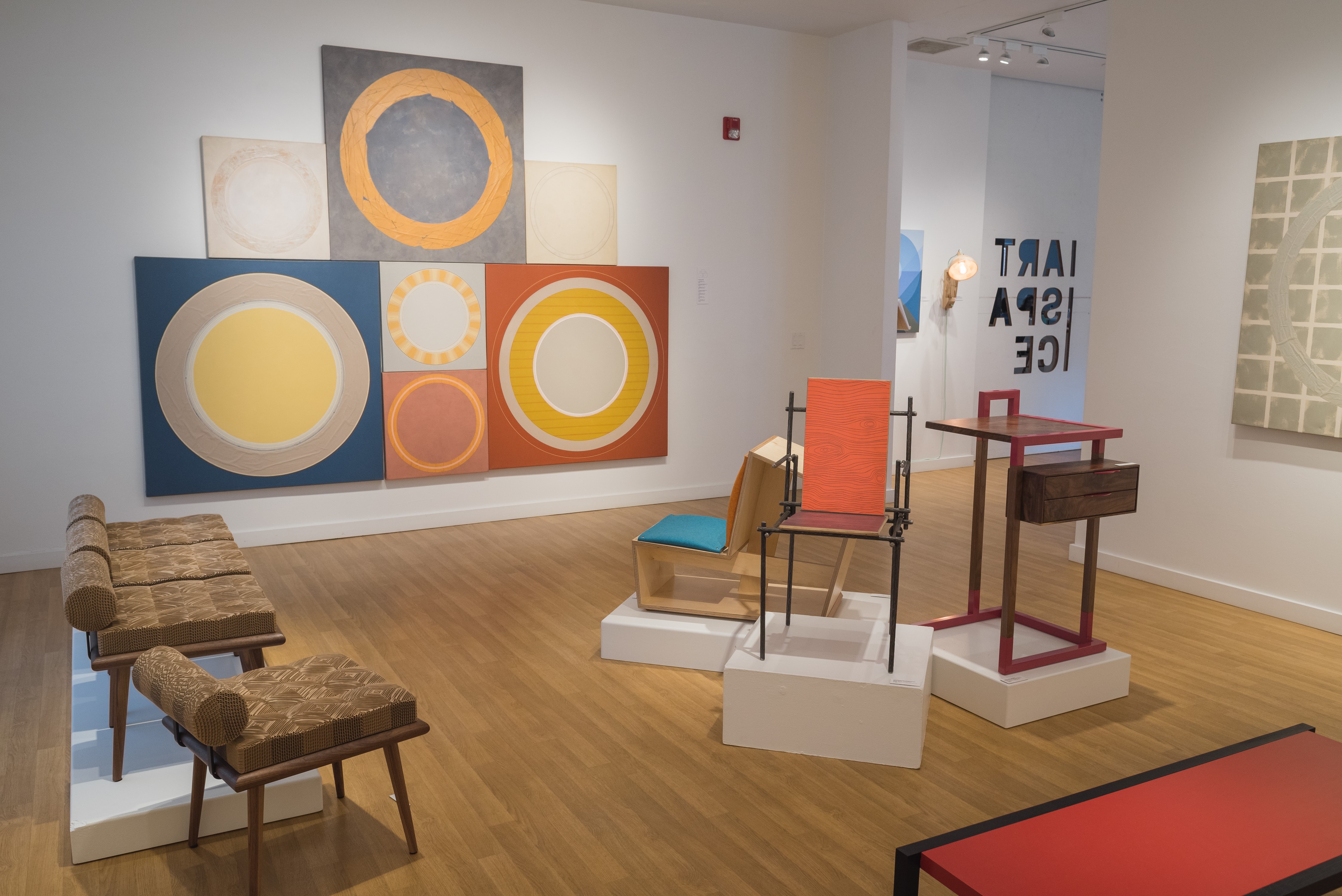 Carbondale Arts hosted a group exhibition entitled “Bauhaus Seen”, which opened on June 7, 2019. The evening began with an artist talk with painters Richard Carter and Dave Durrance (who have both been influenced by the Bauhaus movement throughout their careers) as well as Brad Reed Nelson who curated ten works by furniture makers from around the country.

The paintings by Richard Carter primarily represented work he created in 1972-1973, around the time he was working closely in Aspen with original Bauhaus designer Herbert Bayer. His works were installed in a “salon-style”, stacked together edge to edge, showcasing the geometric designs in a new and powerful way.

Dave Durrance showed works he’s painted over the last five decades. Through his exploration of geometry and space, his work achieved a depth of field and a sense of dynamic spatial tension that actively engages the viewer.